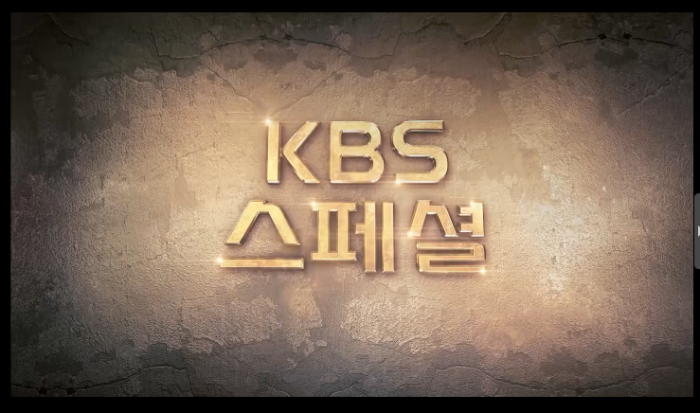 It introduced the movement of the Japanese government after the accident, the movement in Korea, and various citizen activities in Japan.

As one of the civic activities,
The “Fukushima 30-Year Project”, which measures with the hotspot finder, and “Illustration 17 Metropolitan Radioactivity Measurement Map + Readings Collection” on the data site of everyone were also introduced.

The coverage area was the measurement room Yukikawa in the forest of Saitama Prefecture.

It is difficult to publish videos as it is because of copyright, so we will tell the atmosphere with a captured image, though it is a small part of the one-hour program. 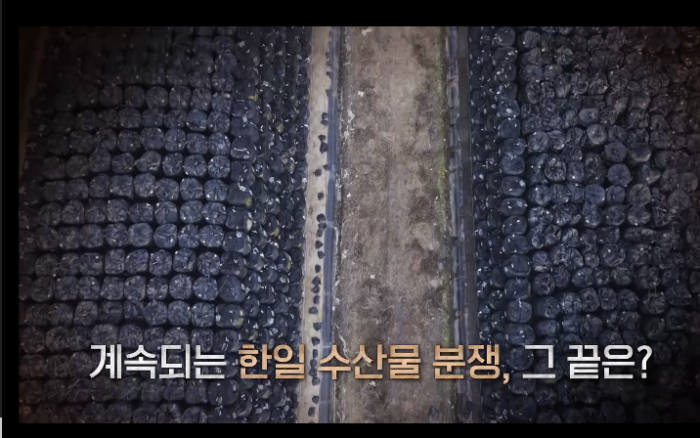 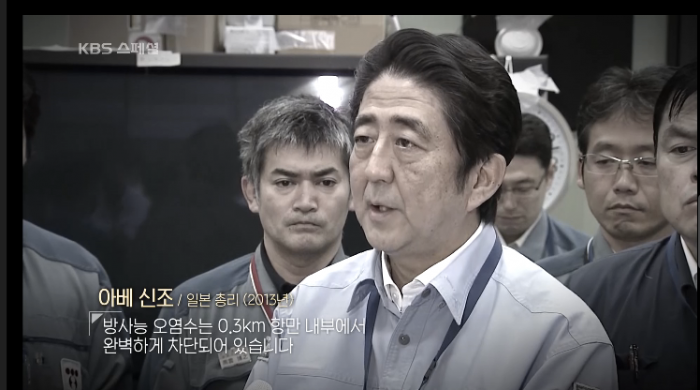 Demonstrations of imported food from Japan in Korea were also shown. 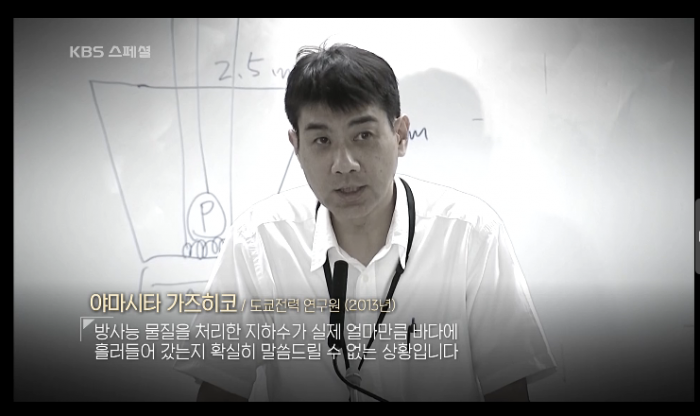 As a citizen's measuring station that can also measure strontium,
"Tarachine" was introduced.
It also shows how to measure fish and so on. (The two photos below are Tarachisan) 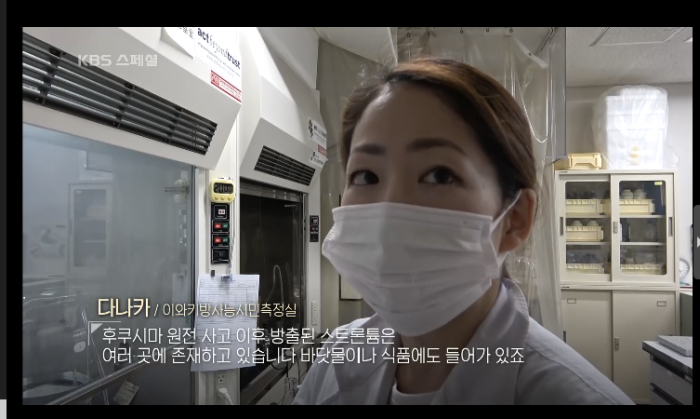 On the other hand, although the photograph is not put here, a large institution equipped with 11 germanium semiconductor detectors was interviewed by the governmental agency.
It was also shown that the people there had little knowledge about strontium.
He explained that it was calculated from the ratio of emissions, and that the government conducted surveys using cesium as a representative nuclide.
It was felt that the Korean side's eyes were quite suitable for marine pollution.

In the picture below, the country measures and averages from the sky, and decides evacuation and cancellation with it. It can not be said whether each field is one. People of Fukushima explaining. Well, from here is the person concerned with the data site.

Mr. Shimizu of the Fukushima 30-year project measures simultaneously while walking an air dose of 10 cm, 50 cm, 1 m 3 heights from the ground using a device called a hotspot finder. 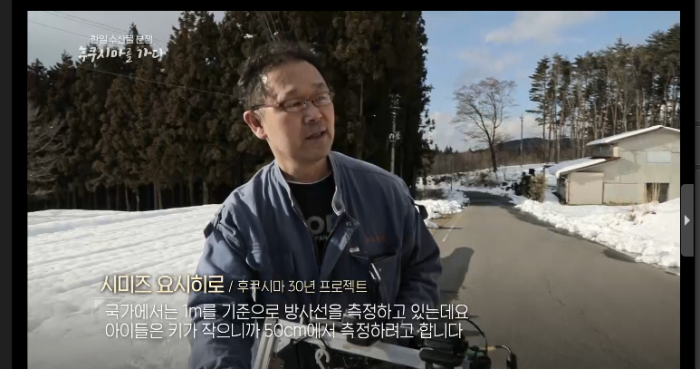 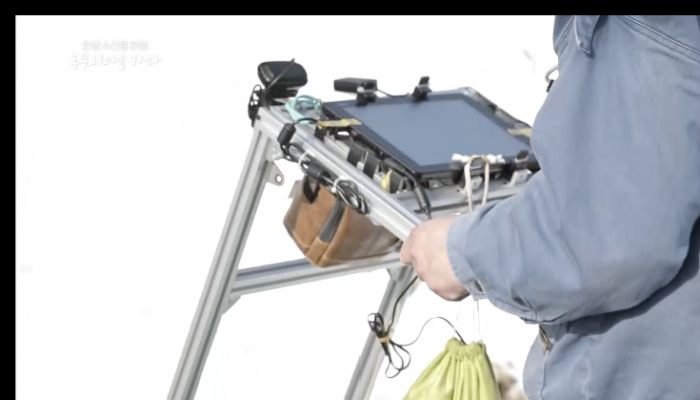 Even in the same place, it can be seen from the video that there is a big difference in numerical values between 1m on the ground and 10cm on the ground. 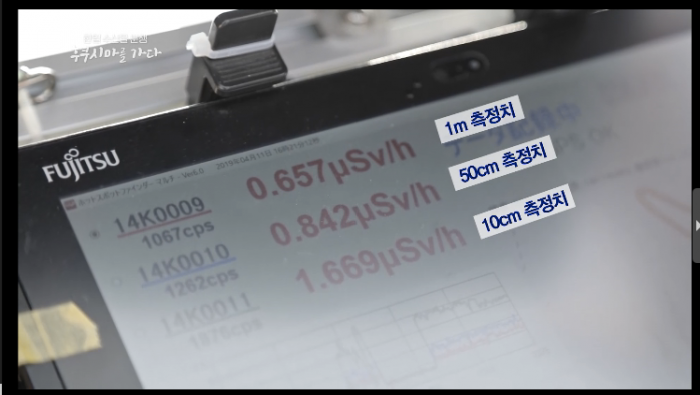 Coverage of data site of all was carried out in one of the participating measurement rooms, "Measuring room Shukawa of the forest" (Saitama prefecture).
It's in a nice place. He also introduced me about what you have left at the bookstore. 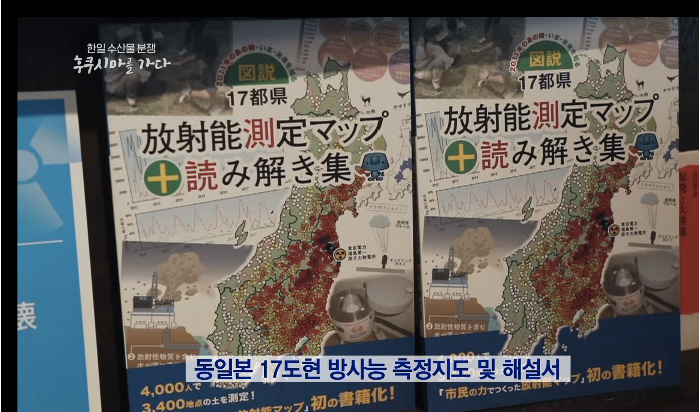 It is explained that radioactive contamination is highly contaminated not only in Fukushima Prefecture, but also when it is actually measured 5 cm deep soil, Kanto including Tokyo is also highly polluted compared with before the nuclear accident.
He also introduced you to the cesium forecast that will decline with the 100-year map. 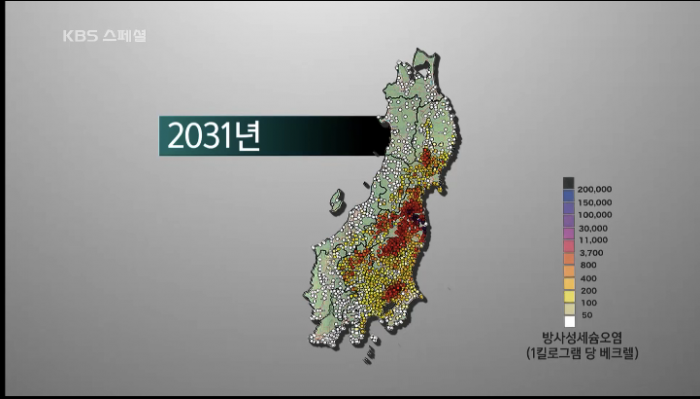 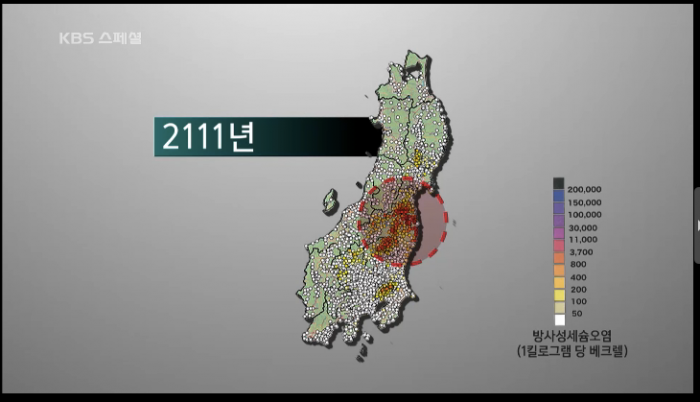 Although the effects of radioactive contamination are continuing in the nuclear accident,
The appeal of reconstruction by the Japanese government is also intensifying toward the Olympics approaching in 2020.
Such a situation was introduced as a summary in this program.

In this blog, only a part of the content can be introduced.
In this whole program, I spent a lot of time visiting public organizations, citizen groups, lawyers, etc., quite a lot of people and places, and was interviewed carefully.